Aims to support and encourage the development of
Indigenous visual and performing arts in Western Australia.

Give Indigenous youth the tools and contacts to excel their talents and art form on a national and international level, creating further professional Indigenous musicians, actors, dancers, film makers and production crew from Western Australia.

We proactively engage and develop our program participants to create and enable the talent needed to drive success for themselves.

Our programs and activities recognise talent and passion for the arts and provide education and training pathways for the exceptionally talented. To support these pathways we aim to provide Scholarships and Grants.

Assist Indigenous youth with a talent and passion for the arts to:

• gain an education in the arts;
• achieve artistic excellence;
• develop skills and experience for their empowerment, career pathways and capacity building;
• break down barriers for artists and audience; and
• develop networks through the arts.

Programs and workshops will be held within various communities across WA with Mentors on the day of, before, or following the Road Festival Concert.

Mentors will coordinate a number of sessions to introduce youth to each different field of the arts.

While the programs and workshops are taking place, the Mentors will recognise exceptional talent and identify youth who are very keen to pursue their chosen profession in: Singing, Acting, Dance, Music, Sound Engineering, Lighting, Set Design, Film Making and Costume.

Currently awaiting registration to the Register of Cultural Organisations to enable the Foundation to receive tax deductible gifts. 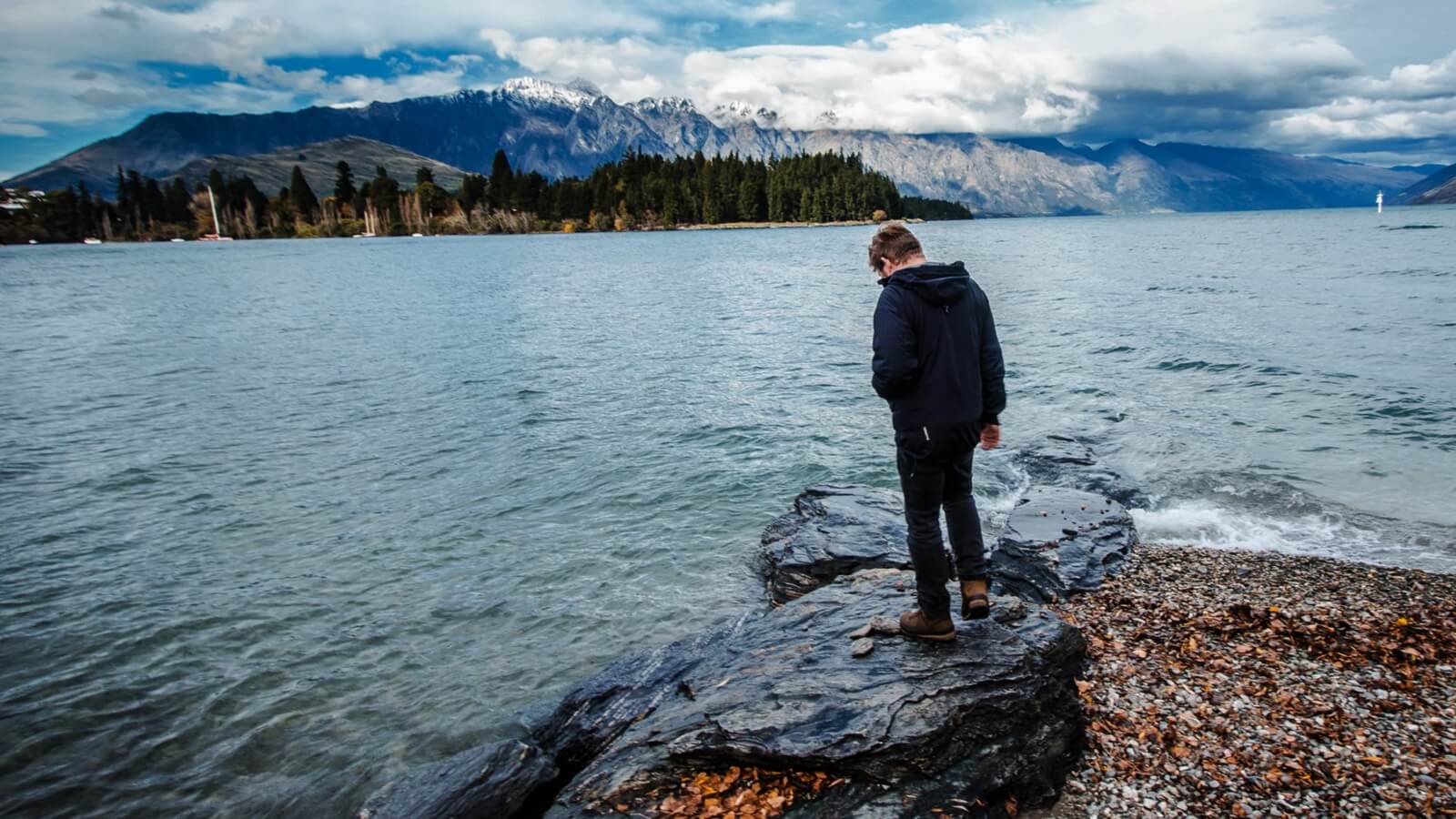 Diversity and Inclusion Business Advisor Eurasia Pacific with the Chevron Corporate Office Global Diversity, Inclusion and Ombuds.
A proud Noongar Woman with traditional ties to the Whadjuk, Ballardong and Gnaala Karla Boodja peoples and a proud mother of 3 children. She is also the direct descendent and granddaughter of the highly respected Noongar Wadjuk Elders, Mr Patrick and Ms Lorna Hume who spent their lives tirelessly promoting Aboriginal Rights and his Noongar culture. Following in her grandparent’s footsteps, she has successfully and inspirationally devoted her working life to the advancement of Aboriginal people and the Noongar culture. Rishelle has 27 years’ plus experience in Aboriginal engagement ranging from employment, education, justice and health and is actively involved in the Aboriginal community within the Perth region. Rishelle’s awards include: 2016 Western Australian of the Year Award - Aboriginal Category Winner; 2017 Little Athletics Australia Roll of Excellence (Hall of Fame) Achievers Category; 2018 Little Athletics WA, WA Roll of Excellence in the Achievers Category; 2018 Queen’s Birthday Honours list Member of the Order of Australia AM division; 2019 inducted to WA Women’s Hall of Fame for service to the Aboriginal community; 2019 honorary award of Doctor of the University of ECU; 2020 Outstanding Women in Resources Industry, WA Chamber of Minerals Energy; 2020 Most Outstanding Business Woman of the Year Award, Indigenous Emerging Business Forum.

Mark is a live performer, television presenter, writer, director, producer of film as well as a motivational and inspirational speaker. Known to many across Australia as the multi-media personality Mary G, Mark has dedicated much of his adult life to increasing cultural understanding and working tirelessly to present an insight into Indigenous culture. Mark is a talented musician in his own right and was in WA Indigenous bands such as 'Section 54' and ‘Footprince'. Mark has created many opportunities for Indigenous musicians, including establishing the very successful music school Abmusic. As the self-effacing, flamboyant, and powerful ‘Queen of the Kimberley,’ he has become a national cult figure while also raising awareness of important social issues facing Indigenous people. As well as his nationally broadcast radio show, Mark travels extensively throughout remote areas talking to people about alcohol and drug abuse, health care, emotional wellbeing, respect for elders, domestic violence, and instilling a sense of pride back into the wider community. In 2007, he was recognised as National NAIDOC Person of the Year.
A Kitja man raised in Broome, Mark is the Chairperson of the Kimberley Stolen Generation, is the patron for Abmusic and was formerly the Chairperson of the Australia Council’s Aboriginal and Torres Strait Islander Arts Board.

Clint is a Noongar musician, composer and researcher from the south coast region of Western Australia and Associate Professor at the Western Australian Academy of Performing Arts (WAAPA) and Kurongkurl Katitjin, Edith Cowan University. He writes, performs and produces music for stage and screen, has been nominated for a Helpmann Award and worked with his partner Kylie as Boomerang and Spear on the first feature film to be dubbed an Australian language and the first Shakespearean production to be entirely presented in one. Clint developed the major in contemporary music at Sydney Conservatorium of Music (2014-2018). A former high school music and media studies teacher, he has received secondary and tertiary teaching awards. Clint serves as an elected Australian Institute of Aboriginal and Torres Strait Islander Studies (AIATSIS) council member, as chair of the AIATSIS Foundation, and as a member of the Black Swan State Theatre Company board. His PhD study of the aesthetics and sustainability of Noongar song was awarded the 2016 Robert Street Prize for UWA's most outstanding thesis. Clint leads an Australian Research Council funded program of research on restoring connections between song, language, culture and nature. See mayakeniny.com for more information

Singer-songwriter Phil Walley-Stack is an accomplished performing artist, musician and author. Phil has performed in the USA, Middle East, Germany, France, China, Indonesia and Malaysia. His ultimate goal is to take his style of music and dance to the world stage through Broadway style productions that showcase Nyoongar and Aboriginal culture.
Phil is also a presenter and cultural advisor for the popular NITV series Aussie Bush Tales and a broadcaster. He has also co-authored a book "Rocky and Louie" published by Penguin Australia and created “Jinda”, the first Aboriginal designed luxury sleepwear.
An ambassador for arts in Western Australia, Phil was a finalist in the 2017 West Australian of the Year Awards (WAOTYA) for services to the Aboriginal community, and a finalist in the 2018 WAOTYA in the Arts and Culture Category.

Bradley Hall is a Nyiyaparli man who grew up in Marble Bar and Yandeyarra Community with a passion for getting more community driven programs and projects off the ground and helping out the mob where he can, and has spent the last decade setting up and sustaining businesses that now make a positive impact on Nyiyaparli Country.
Bradley owns and manages Coongan Pty Ltd, Red Country Management Pty Ltd and Nana D Technologies Pty Ltd.
Bradley is also currently a Director of Karlka Nyiyaparli Aboriginal Corporation. In his spare time, Brad enjoys spending time with his family and is often seen touring around Australia with his band playing good old country music!

Phil uses his profile to create opportunities for Aboriginal people, and to motivate and inspire Aboriginal people to be strong culturally and mentally.
Phil’s touring schedule has enabled him to travel throughout regional and remote WA and to see first hand the natural musical and artistic talent of Aboriginal kids. Studying at the Western Australia Academy of Performing Arts (WAAPA) and at the National Aboriginal Islander Skills Development Academy (NAISDA) gave Phil a good foundation to make a career in the performing arts.

He was then fortunate in his professional career to have been surrounded by a network of industry leaders and mentors. This enabled Phil to realise the business of show business early on in his career and the importance of knowing the industry. As a result of these experiences - and seeing so much talent but very few opportunities - Phil envisioned an Indigenous Arts Foundation to help Aboriginal kids to harness their artistic talents and to see and reach their dreams.